Karnataka Chief Minister BS Yediyurappa met Union Home Minister Amit Shah at the latter’s residence in Delhi on Sunday to discuss the political situation but he did not specify whether he would deliberate on the issue of cabinet expansion. BJP chief JP Nadda and the party’s in-charge of Karnataka Arun Singh were also present at the meeting.

Yediyurappa had arrived in the national capital earlier today. He told reporters, “I am going to discuss the political situation in Karnataka.

Recently we won gram panchayat elections and local elections in a big way. I am scheduled to meet Union Home Minister Amit Shah.” The Chief Minister said he would discuss the candidates for upcoming by-elections in the state.

“Within a month, we are going to face by-elections for vacant seats of Lok Sabha and state Assembly. We need to finalize candidates. I will try to meet Nadda Ji as well to discuss all this,” he said.

Responding to preparations for the vaccination process for COVID-19, Yediyurappa appeared confident that the coronavirus situation is under control in the state.

“We are taking all precautions and everything is under control,” said Yediyurappa.

Recently, the Chief Minister had said that BJP’s central leadership will take a call on the cabinet expansion and that it is expected to be expanded this month.

How to protect your health against air pollution, COVID-19 ?? 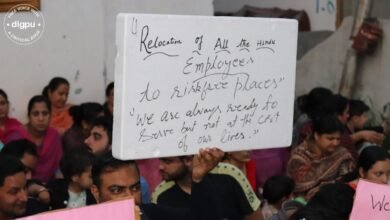