Russia, which is continuing with its aggression on Ukraine, has sought military equipment from China. This, in turn, has obviously irked the United State and the other Western nations. Soon after the Russian request to China was made public, the US has send out a warning to the Chinese authorities to desist from acknowledging the Russian request.

As a follow up, US National Security Adviser Jake Sullivan is scheduled to meet China’s top diplomat Yang Jiechi in Rome. The US will hold aloft the threat of possible economic penalties if China helps Russia in its war in Ukraine. The Chinese decision could also be closely monitored and if the Asian nation agree to Russia’s request, it could bring about global isolation for China.

Russia had sought Chinese military equipment after its Ukraine aggression, and if China says yes, the US would see it as a measure to undermine Western efforts to aid Ukraine.

US against China siding with Russia

China siding with Russia is a concern that US and other countries have been nursing for long. Though they believe that China would not go all out to support the Ukraine invasion by Russia, the United States and other nations that are against Russia’s military aggression want to make clear that in the event of such a situation, consequences could come in the form of restriction on trade, new technologies, and more sanctions.

When US National Security Adviser Jake Sullivan meets China’s top diplomat Yang Jiechi in Rome, all eyes would be on what transpires there. This is in fact Sullivan’s first meeting with Yang after the one they had behind closed-doors in Zurich in October.

China trade and the world

It is known fact that China has a major say in exports across the world. The country is the world’s largest exporter, and also the largest trading partner for the European Union. Further, the Asian Communist nation is the United States’ top foreign supplier of goods.  That also means that the US and its allies would also come under immense pressure as Chinese trade has a stranglehold on the world trade segment.
The US has begun sending out feelers to China saying that China should brace for consequences if the country supports Russia. The US and China have been at loggerheads, more so after China and Russia leaders Xi Jinping and Vladimir Putin had announced an upgraded “no limits” strategic partnership. This had happened just a few weeks before Russia send its military to invade Ukraine. 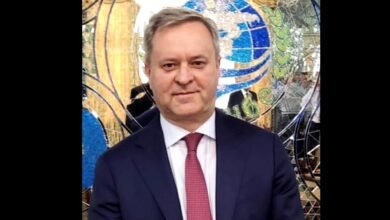