NAEMD – Academy of Event Management & Development and NASM – Academy of Sports Management had been offering bachelor’s and master’s degrees in event management through illegal third party franchise methods and cheated many innocent students in Mumbai to believe they would get University of Mumbai’s degrees.

They have an illegal tie-up with GICED and NKES college. The UGC declared them frauds, issued notices and stopped them from issuing such degrees and ordered University of Mumbai and GICED to not collaborate with NAEMD and NASM, UGC also ordered them to mention on their websites that they cannot take admissions in degree courses.

In spite of all these, they have started their racket again through a back-door method of career counselling, the following points will prove that they are doing the same illegal thing.

Have a look at their websites to show they are offering the same illegal degrees by calling themselves career counsellors. A few points to be noted:

Career counsellors offer a wide choice of universities and colleges, in this case, it is compulsory to choose GICED in Mumbai, Vivekanand Global University in Jaipur, Maulana Azad University in Jodhpur. Where is the choice?

As UGC has ordered the University of Mumbai and GICED not to collaborate with event management institute – NAEMD and as NAEMD is not directly affiliated to MU, NAEMD is a private coaching event institute and by collaborating with GICED, they are using the illegal method of third party franchise to fool the students, GICED cannot take admissions on behalf of NAEMD as legally they are illegal as held by UGC in various notices to them.

They are projecting that GICED is taking the admissions, but their website and prospectus point out that teaching, training, placements, admission test, infrastructure, library, teachers, workshops, professional training certificates and the full admission procedure including a reply to queries are all handled by NAEMD. Students are also offered to choose NAEMD’s Goregaon or Ghatkopar centres for teaching and training. If all this is handled by them then, what is the role of GICED which is at Kalina.

Vivekanand University and Maulana Azad University are private universities and cannot offer degrees outside their campus which is being done at Jaipur and Jodhpur. How can this be career counselling? It is still an illegal third party franchise through back-door in a different garb. Will the degree earned by the students not be illegal and invalid.

A look at Mumbai University’s (MU) website clearly shows that BMS and MMS have not been offered to GICED, so how can GICED offer it? All the courses MU has given GICED has specific UGC permissions. So GICED is offering it without permission only to satisfy NAEMD but in consequence cheating innocent students. MU website clearly mentions that BMS have no specialization, even MU’s MMS does not have events as a specialization. Can NAEMD and GICED without permission offer specialization in events. Are they following MU’s admission guidelines which are being followed by all other legally affiliated colleges?

GICED has been ordered by UGC not to collaborate with NAEMD which means GICED is disobeying UGC.

All diploma and PG courses have to have DTE approval of the concerned state. Event management institute NAEMD has no DTE permission in Mumbai, Ahmedabad, Jaipur, Delhi and Jodhpur. In Ahmedabad, they had to discontinue degree courses as Swarnim University refused to affiliate with them after realizing their frauds and as the CM of Gujarat had ordered an inquiry against them.

Since 2009, they have been giving invalid degrees to students of Mumbai, Ahmedabad, Jaipur and Delhi from Coimbatore’s Bharathiar University and still do. This is strictly disallowed as the degrees are offered in a different state as per UGC’s notification of 2009. UGC has again warned NAEMD and Bharathiar about this recently and still, they are selling worthless papers in the form of degrees to innocent students for 4 to 5 lakhs.

Students are admitted by telling them that they will get Mumbai University degrees, but later they are given Bharathiar degrees, a lot of students have not got their mark sheets or degrees but they are frightened to talk as they are warned subtly. If the government or UGC sends a fact-finding committee to various NAEMD centres the truth will come out and innocent students will be warned.

All the above-mentioned points are backed by concrete proofs and soon a very honest media campaign can expose them and stop this racket and give justice to the students. We have done a lot of RTIs and have got a good response from UGC and government authorities, but only press campaigns can expose their fraud.

CBSE to conduct class 10, 12 exams for private candidates from Aug 16 to Sept 15

CBSE to conduct class 10, 12 exams for private candidates from Aug 16 to Sept 15 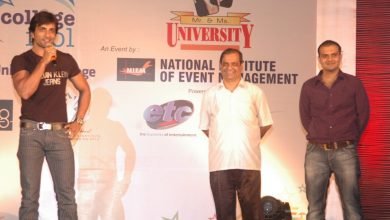 NIEM completes 20 flourishing years in the Events And Entertainment Industry