Koozhangal, directed by P S Vinoth Raj and produced by Nayantara and Vighnesh Sivan, is India’s entry for the Oscars

Nayantara and Vighnesh Sivan are on cloud nine. This time around, the couple from the Tamil movie arena is hopping on to headline space, not for a celluloid venture that has been made for mass audiences. Rather, all the adulation has come is for a film that the pair has now produced.

The Tamil film Koozhangal (Pebbles), which has been selected as India’s entry to the Oscars, is a Nayantara-Vighnesh Sivan production that promises to take the Oscar stage by storm.

Koozhangal picked from among a bunch of superb films

Now that speaks a lot. With the 15-member panel headed by ace Malayalam filmmaker Shaji N Karun unanimously picking Koozhangal as the official entry from among a bunch of well-made films from other Indian languages, it becomes clear what makes Koozhangal the best that has been made in India this year.  The contenders numbered 14 flicks, and they include the much-appreciated Malayalam film Nayattu, Hindi films Sherni and Sardar Udham and Tamil movie Mandela among others.

Directed by PS Vinothraj, Koozhangal will have to race through two more steps to make it to the final nomination. In a realistic family drama, Koozhangal tracks the life of an alcoholic man and his son. Dad and son are on the trail of their wife/mom who leaves home due to abuse. The movie narrates their journey and their quest to bring her back.

It was in 2016 that another film – Visaaranai by ace film director Vetri Maaran – was selected to represent India at the Oscars. Koozhangal has been rated high by international as well as national audiences. Yet to be released in theatres, the film is expected to create quite a buzz when it arrives in cinemas soon.

Eyeing a selection in the final Foreign Language Film category at the Academy Awards this year, Koozhangal will have to win a couple more rounds for that to happen. But Vighnesh Sivan is confident that he would hear the words “…And the Oscar goes to…” his film.

Here’s wishing Nayantara, Vighnesh Sivan and P S Vinoth Raj all the best at the Oscars.

Kashmir faces a shortage of labour force amid high unemployment 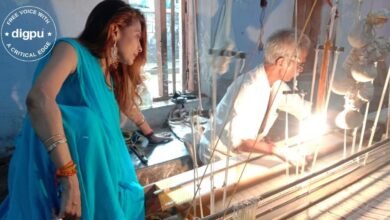