The Academy Awards nominations left out Lady Gaga, and that has made her fans in China infuriated

Till the nominations were read out, Lady Gaga was a top contender for the Academy Award. Such was the reviews she had received for portraying the role of Patrizia Reggiani in “House Of Gucci.” The role had been lauded at many an international awards too, and that had led fans and film goers expect a nomination for the pop star-actor.

However, disappointment dawned on everyone looking up to the Academy Awards nominations. Lady Gaga failed to receive a nomination, and this has infuriated fans across the world. The upsetting news has also irked Lady Gaga fans even in China, where the pop star is banned.

The social media saw a sudden surge of tweets that expressed resentment in not nominating Lady Gaga for her House of Gucci role. Twitter has been overflowing with comments that lambasted the Academy for leaving out such a great performance that deserved to be applauded. In China, the social media space Weibo, which is often referred to the Chinese version of Twitter, was notably furious about the Oscar snub meted out to the pop star.

Significantly enough, it comes as a surprise as China had long banned Gaga. Weibo had innumerable posts on the 35-year-old singer-actor, and they extended support to her. The fact is that House of Gucci was never officially released in China and Lady Gaga has a ban on her in the far east nation.

It may be recalled that China had technically banned Lady Gaga in year 2016, following a 19-minute meeting she had with the Tibetan spiritual leader Dalai Lama. The Chinese administration is against the Dalai Lama.

However, even as the ban continues, a good number of the Chinese people seem to love and adore Gaga. House of Gucci being discussed and Gaga’s role being applauded comes as a result of this fanbase. For instance, a report says a Weibo thread that discusses Lady Gaga’s name missing in the Academy Awards nominations has been viewed 78 million times. Her songs too are very popular with fans showering love on the pop star, totally ignoring the ban on her.

Though the Oscar snub could worry Lady Gaga, she has a lot to be happy about, when it comes to love from fans. And that too coming from China, where she has a ban on travel, is double the joy. 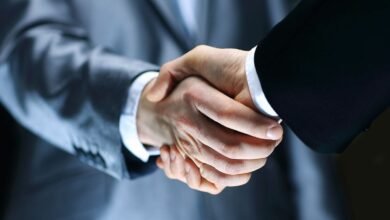