Democracy once again triumphs upon autocracy as the Prime Minister of India, Narendra Modi bows down to the protesting farmers.

Power corrupts the mighty and absolute power corrupts absolutely. Prime Minister Modi has met his nemesis and has learnt the bitter way that dizzying heights of popularity often clouds the reason and rob a person’s sense of making sane decisions. After biting the proverbial apple, Narendra Modi found himself in a situation where the only outcome of his action was defeat. The humble farmer of rural India enacted a David who brought to the knees a goliath like Narendra Modi.

Despite having the official machinery to spread disinformation, truth prevailed. The farmers of this country always exuded a calm and composed posture, something which Narendra Modi did not contemplate to become an inferno of discontent and protest.

The farmers of this nation through remaining calm have on occasions risen in revolt and forged his plough to become a sword. If Narendra Modi had studied history he would have retracted his foolhardy course long ago. However, as the Indian adage goes- ‘Vinash Kale Vipareet Budhi’ or ‘nemesis often clouds one’s intellect’. This is exactly what happened.

There were many factors that forced our 56-inch chest Prime Minister to dismount from his high horse and start talking business. Modi found that incoming state elections polarization will not suffice. The Jat, Gujjar and OBC votes were getting consolidated due to the farmer’s movement and minorities were also joining in large numbers to defeat the BJP. Minorities were already miffed by the CAA.

In Punjab Akali Dal, one of the staunchest allies in the NDA had parted ways and there was no way BJP could come to power solo. The latest move will soothe the wounds of Rashtriya Lok Dal in Eastern UP and there could be an alliance with the BJP. There was pressure from the RSS also which saw the farmer movement having a splintering effect on the society. All these factors forced Narendra Modi to withdraw the three farm bills.

Reform in the farm sector is a necessity but not at the expense of throwing our farmers at the mercy of multinationals and corporate. It is a lesson to any future leader of this country not to administer medicines on the basis of personal whims and fancies.

It is also a victory of democracy for the second time in Indian history. The first was when Indira Gandhi had declared an emergency in the seventies and got the biggest drumming any party could have got. Seems that Narendra Modi did not learn the lesson and has been taught the hard way by the humble Indian farmer.

In incidents of criminality against women, J&K records 11 per cent rise 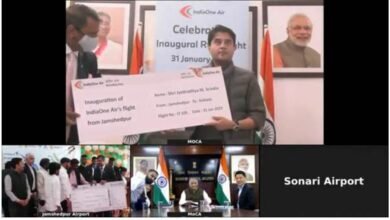