‘Money Heist’ Season 5 will be divided into two volumes, to be released on September 3 and December 3

Ahead of the ‘Money Heist’ season 5 release on Netflix, the first official trailer for the upcoming season was released on Monday, and as expected, it is loaded with intense action.

The massively popular Netflix crime drama is just one month away from release, and expectations are only set to soar after watching the trailer. In the nearly two-minute-long video, the gang and The Professor are shown at their most vulnerable phase. While the gang is trying to get over the death of Nairobi, Lisbon’s entry inside the Bank of Spain seems to act as a catalyst. “This is no more a robbery. This is war,” the trailer aptly hints at a war between the gang and the army that’s inside the bank to nab the former.

While viewers see Sergio aka The Professor handcuffed, chained and being tortured, at the mercy of inspector Alicia Sierra, there’s more to what meets the eyes as the mastermind Professor has miraculous escape plans each time things go awry.

‘Money Heist’ is Netflix’s most successful Spanish series to date, and was its top non-English-language foray until the French series ‘Lupin’ debuted in December, reported Variety.

The series originated on Spanish network Antena 3 to lukewarm ratings before Netflix breathed new life into the program, transforming it into the biggest show to ever emerge from the Spanish market.

Netflix, in July last year, gave the go-ahead to the upcoming season of ‘Money Heist’. The fifth season will mark the end of the gang’s ongoing robbery at the Bank of Spain.

Created by Alex Pina and produced by Vancouver Media, the Spanish series became an instant hit on the streamer when it released.

The new season will also see the addition of Miguel Angel Silvestre and Spanish Academy Award-nominee Patrick Criado. This season of ‘Money Heist’ will be divided into two volumes, to be released on September 3 and December 3. 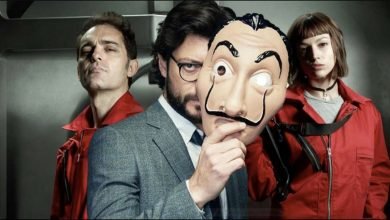