India can play a leading role, thanks to its great tradition of peaceful understanding rooted in the treasures of non-violence and compassion, The Dalai Lama said.

The entire planet would benefit if more than the two and a half billion people in India and China were to work on cultivating inner peace based on non -violence and compassion, spiritual leader The Dalai Lama has said.

In a scholarly article penned for the Manorama Year Book 2023, The Dalai Lama stated that: “Over the years, India has taken great strides in many fields, especially in the context of science and technology. Yet even as external disarmament is necessary, inner disarmament is no less important. In this regard, I genuinely feel that India can play a leading role, thanks to its great tradition of peaceful understanding rooted in the treasures of ‘ahimsa’ and ‘karuna’,”.

Such wisdom is beyond any one religion and it has the potential to encourage a more integrated and ethically grounded way of being in contemporary society. Therefore, I encourage everyone to try to cultivate compassion and non-violence, he wrote. To achieve world peace, he said people need peace of mind within themselves, and it is more important than pursuing material development and physical pleasure, he added.

Essential nature of human beings is to be compassionate: The Dalai Lama

Pointing out that the essential nature of human beings is to be compassionate, The Dalai Lama opined: “Compassion is a marvel of human nature, a precious inner resource and the foundation of both our individual well-being and harmony within society. From the moment we are born, our mother takes care of us. Therefore, from a very young age, we learn that compassion is the root of all happiness.”

He, however, lamented that this natural appreciation of compassion seems to fade after one starts going to school. Hence, there is a need to incorporate non-violence and compassion in the Indian educational system, and its great benefit will be felt not only in India but also across the world.

Terming Mahatma Gandhi as the personification of non-violence, The Dalai Lama said he was greatly inspired by his ideals that were espoused by Dr Martin Luther King and Nelson Mandela. “To me, he remains the model politician, a man who put his belief in altruism above all personal considerations and consistently maintained respect for all great spiritual traditions,” the spiritual leader said.

Describing himself as one of India’s longest-staying guests, the Dalai Lama said he had lived in this country for more than six decades after fleeing his homeland that was invaded and occupied by Chinese communists.

My hope is to give back to India what Tibetans received from Nalanda, he says

“I can say without doubt that my entire way of thinking has been shaped by knowledge derived from the historic Nalanda University, the ruins of whose buildings can still be seen in present day Bihar…Through preserving the Nalanda tradition, we Tibetans have been able to remain strong and usually positive even in difficult times. Now my hope is to give back to India what we Tibetans received from Nalanda,” he said.

“In the past, we Tibetans have often regarded Indians as our gurus and ourselves as the ‘chelas’, disciples. But over time, in certain ways, the roles seem to have been reversed and now perhaps the chela is in a position to return the treasures.”

He also expressed gratitude to India for welcoming Tibetan refugees and offering their children the chance of going to school and monks from the great centres of learning in Tibet the opportunity to resume their studies. The Dalai Lama said the Tibetans have always been greatly influenced by Indian thought. 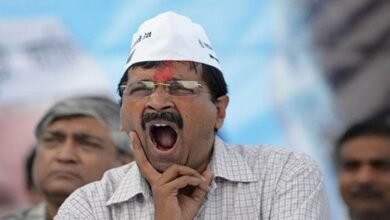