At events in Uttarakhand’s Haridwar and Delhi, hateful and offensive remarks were made against Muslims living in India

Seventy-six Supreme Court advocates have written to Chief Justice of India, N. V. Ramana, asking the court to take suo motu cognizance of hate speeches made by various Hindu right-wing members, including people associated with the Bhartiya Janata Party (BJP) and journalists in Delhi and Haridwar.

The lawyers wrote that in the absence of police action, urgent court intervention is essential to avoid such events in the future that appear to have become the order of the day. They also named a list of those who had made the call.

According to a letter signed by eminent lawyers Dushyant Dave, Prashant Bhushan, Vrinda Grover, Salman Khurshid and former Patna High Court judge Anjana Prakash, the speeches pose a grave threat not only to the unity and integrity of the country, but also endangers the lives of millions of Muslim citizens.

The speeches delivered during the gatherings amount to an open call for the murder of an entire community, the letter observed while referring to religious conclaves in Haridwar and Delhi.

Earlier, a number of other lawmakers criticized what they dubbed a “hate speech conclave” in Haridwar and demanded that those involved face severe consequences.

Hateful comments uttered at events in Haridwar and Delhi

Hateful remarks were uttered at events in Uttarakhand‘s Haridwar and Delhi.

Yati Singhanand, a notorious Hindutva member known for his hate speeches, convened the conclave in Haridwar.

“Nothing is possible without weapons, and if you want to wipe the population, you must carry a knife or a sword to kill Muslims. We shall triumph and turn India into a Hindu Rashtra if 100 of us are willing to kill 20 lakh Muslims,” Sadhvi Annapurna Maa, one of the members, warned the gathering. She added, “Be ready to kill and go to jail.”

Dharamdas Maharaj of Bihar, another speaker, said, “If I had been present in Parliament in 2006 when ex-PM Manmohan Singh claimed that minorities have first right to national resources, I would have followed Nathuram Godse and shot him six times in the chest with a handgun.”

Even the editor-in-chief of Sudarshan News, Suresh Chavhanke, is seen delivering an oath to the vast gathering, saying, “We make a resolution. Until our last breath, we will make India a Hindu nation, and maintain it a Hindu-only nation. We will fight and die if necessary, and we will also kill.”

“Every Hindu must pick up weapons, and we will have to execute this cleanliness drive,” Swami Prabodhanand Giri, the chief of the Hindu Raksha Sena, a right-wing organization in Uttarakhand, said in one of the videos of the event. “There is no other way to solve the problem,” he warned.

Upadhyay was detained in August this year in connection with a gathering in Delhi’s Jantar Mantar where incendiary chants calling for violence against Muslims were yelled.

The controversial BJP member presented a “Bhagwa Samvidhaan,” or Saffron Constitution, at this gathering.

People are criticizing the attendees for openly advocating for a war against Muslims in many videos of the event that have gone viral on social media.

Rawat dreams of being Uttarakhand CM, but poll outcome is still far off

Rawat dreams of being Uttarakhand CM, but poll outcome is still far off 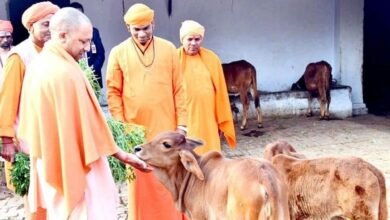 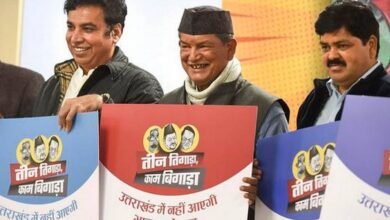 Hope prompts Congress to stay united in Uttarakhand; but will it? 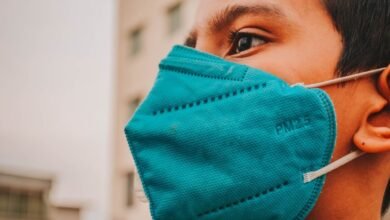 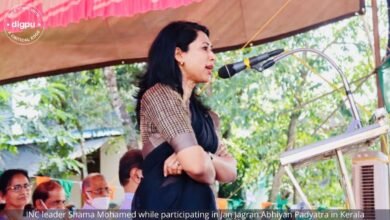 Turmoil visits BJP camp in Uttarakhand; Will HS Rawat return to the Congress? 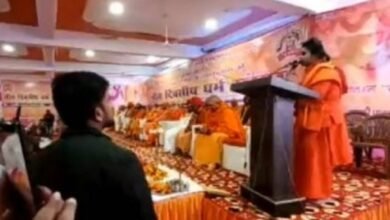