As Ganguly hints at the inclusion of Sachin in the team, let’s take a look at the role of former cricketers in shaping the current team

BCCI chairman and former Indian cricket captain, Sourav Ganguly has hinted at the inclusion of Sachin Tendulkar in the team in an interview with journalist Boris Mazumdar in his show Backstage with Boris.

Ganguly has talked about the current conflict of interest and is trying to make things work currently. “In what way that obviously needs to be worked out. Because there is too much of conflict all around. So you have to see the best way to keep the best talent involved in the game,” he added.

When the nation impatiently awaits further details, let’s take a look at the role of the former cricketers in scouting and managing talents.

To the likes of Laxman, Kumble and Shastri

Former cricketers indeed have a voluminous experience on-field during a high voltage international match. And their inclusion will help the new and young talents to perform and excel in the game.

Sticking to that in the last decade, the classic Laxman, Kumble, Dravid and Shastri have played a major role in shaping the team.

VVS Laxman: Laxman had started his stint as a director at the National Cricket Academy, Bangalore after Rahul Dravid relinquished the offer to become the head coach of the Indian senior men’s team. Before that, Laxman was the mentor of Sunrisers Hyderabad (SRH), an Indian Premier League (IPL) franchise since 2013.

SRH reached the playoffs in 2013 and won the title in 2016. Since then, the team has always qualified in the playoffs. The team had also reached the final in 2018 but lost the title to Chennai Super Kings. SRH is known as the best bowling side of the IPL. They are also known for their ability to defend low totals.

Laxman had also served in the cricket advisory committee with Tendulkar and Ganguly and recommended the selection of coaches like Kumble and Ravi Shastri. He was also appointed as the batting consultant in the Cricket Association of Bengal (CAB)’s vision 2020 project.

Ravi Shastri: Ravi Shastri’s coaching affair began in the 2007 India-Bangladesh tour. He was later appointed as the head coach of the Indian team in 2017. Under him, India has won 119 of 184 matches overall. The win rate is 64.7%.

Under him, India registered two successive test wins against Australia, one of their most notable performances. The team reached the finals of the inaugural edition of the World Test Championship, but New Zealand defeated India by eight wickets. Shastri also coached the team to whitewash Sri Lanka in 2017 for the first time.

He was the head coach with the Indian team till the alleged fallout between captain Virat Kohli and coach Kumble.  There are only a few Indian cricketers who can break and analyse complex situations like Kumble.

The former cricketer is also one of the few players who have successfully donned many hats – player, mentor, coach and administrator. He coached the Indian team brilliantly between 2016-2017. Under him, the team had won 22 of 35 overall matches with a win rate of 73%. The Indian team had won four test matches and one T20 international. The advisory committee consisting of Sachin Tendulkar, Sourav Ganguly and VVS Laxman had recommended the extension of his year-long contract to three years.

In IPL, Royal Challengers Bangalore appointed him as the chief mentor, where he led them to the 2011 Finals against the Chennai Super Kings. After his stint with the RCB, Kumble played a similar role with Mumbai Indians and helped them win the title twice.

Post-retirement, Dravid played the role of a mentor for the IPL team — Rajasthan Royals — in 2014. He led the team to the third position in the 2015 edition of IPL. After these, he was appointed as the head coach of the India U-19 and India-A teams. He had also served as a team mentor during India’s tour of England in 2014.

Two years after Dravid as the coach of the U-19 team, India won the U-19 World Cup by beating Australia by eight wickets. It was their fourth win, most by any national side. He is often credited to spot and shape talents like Rishabh Pant, Ishan Kishore, Shubman Gill, Washington Sundar.

In July 2019, the former cricketer was appointed as the head of cricket at the National Cricket Academy. He was in charge of overseeing all cricket-related activities at NCA while also got involved in mentoring, coaching, training and motivating players, coaches and support staff at the NCA. He was widely praised for his innings at NCA for developing a steady talent supply to the senior team and revamping player fitness and rehabilitation regiments.

Another notable inclusion is Mahendra Singh Dhoni as a team mentor at the T20 World Cup in Dubai. On this note, let’s wait to see what unfurls in Indian cricket with batting legend Sachin Tendulkar onboard.

Began in 1757, Kolkata Durga Puja is recognised as 'intangible heritage' by UNESCO 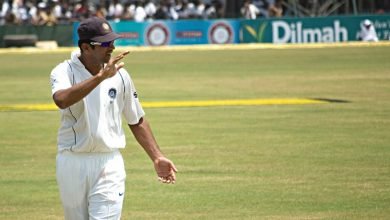 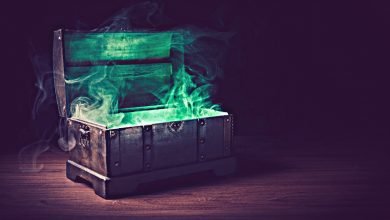 The Pandora Papers and their significance for India 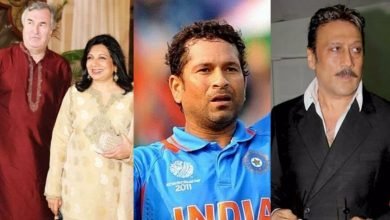