In a move that is aimed at strengthening India’s commitment towards climate goals and making the nation a green hydrogen hub, the Union government has got its hydrogen startup funds on stream. A dole of Rs 3.29 crore as financial aid has been channelled to a Maharashtra-based hydrogen startup that has its interests in indigenous development of hydrogen sensing and analysis technology.

The hydrogen startup funding is expected to help the government in meeting its climate targets and also towards transforming the nation into a green hydrogen space. The financial aid that has been allotted to hydrogen startup Multi Nano Sense Technologies is expected to aid in meeting the target of production of 5 million tonnes of green hydrogen by 2030. Further, it would also go into the related development of renewable energy capacity in the country, according to Dr Jitendra Singh, Minister of State for Science and Technology.

A memorandum of understanding has been inked between the Technology Development Board under the Department of Science and Technology and Multi Nano Sense Technologies to support the manufacturing of hydrogen sensors indigenously. The company is into developing an indigenous cutting edge hydrogen analysis sensor for new age applications.

The aid will also be towards creating universal miniaturised core sensor designs for leak detection and analysis of hydrogen. The patented hydrogen gas sensor and analyser is based on a core sensor conceptualised, developed, manufactured and serviced entirely in India. At present, India is heavily dependent on importing sensors, as all core sensor elements are imported from China, the US, the UK, Japan and Germany.

Going by a DST communication, a major quality of these sensors is that they do not face any cross interference from other combustible or reducing gases; can function in air as well as inert background and can perform analysis from 1 parts per million (ppm) to 100 percent pure Hydrogen. With this technology, India can easily penetrate the global market to complement domestic demand through their Made in India products.

The sensor has several unique and path breaking features such as minimum detection range, maximum detection of 100 percent Pure hydrogen, instant response within three seconds, and low power consumption for core sensor operation. Portable detectors can operate continuously up to 36 hours on single charge, and are non-corrosive.

With the demand for renewable energy up, the requirement towards alternative fuel has grown manifold. Hydrogen is being foreseen as the future fuel and is expected to replace fossil fuel. The production of hydrogen fuel by using power from renewable energy, termed green hydrogen, is one of the major requirements towards environmentally sustainable energy security of the country. Hydrogen is forecast as providing a road to speeding up a green hydrogen economy, which could prove critical for India to achieve its net-zero ambitions by 2070, it has been stated. 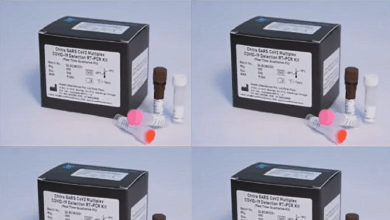