Coffee isn’t just a drink. Coffee lovers would endorse this statement without even blinking an eyelid. Starting the day with a coffee, drinking cups of coffee during work breaks and creating breaks for a cup of coffee are somethings that come natural to coffee enthusiasts.

New research has added more flavour to coffee, of late. It has been found that drinking large amounts of coffee could help people less prone to Alzheimer’s disease. Now, that’s a very welcome finding.

Researchers at the Edith Cowan University, as part of a long-term Australian Imaging, Biomarkers and Lifestyle Study of aging, embarked upon on a research into whether drinking a good amount of coffee would impact the rate of cognitive decline. The research was conducted on more than 200 Australians over a decade, and the findings have been very encouraging for coffee freaks.

It was found that study subjects who had no memory issues had shown a lower risk of moving towards mild cognitive impairment that often is seen as a precursor to Alzheimer’s. Coffee drinkers responded in a very welcome manner.

Researchers are of the opinion that guzzling down more coffee returned positive results in connection with domains of cognitive function. These were specifically noted in functionalities such as planning, self-control, and attention, said a MedicalXpress report.

The researchers would study deeper into this, but the current findings themselves are being termed very encouraging. This could also be seen as a revelation that drinking added amounts of coffee can help in delaying the occurrence of Alzheimer’s disease.

Working on these findings and encouraging people to drink more coffee could lead healthcare and lifestyle specialists to bring down the number of Alzheimer’s afflicted people. It is expected to pave the way for more research into the health effects of coffee in the long run.

So next time, you think of having a cup of coffee, it would be well advised to have another cup too just to make sure that you are reducing the chances of getting the ailment. As the report adds, if an average cup of coffee stands at 240g, it would be good to make it two cups a day, so that you could potentially lower cognitive decline by eight percent after 18 months.

We might get to see more research on this domain. After all, who wouldn’t want to have an extra cup of coffee just for the sake of having it and also holding your health close too!

Climate change making it harder to get a good cup of coffee: Study

Climate change making it harder to get a good cup of coffee: Study 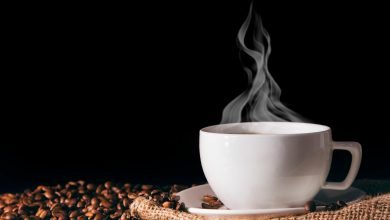