A bunch of political opposition leaders and farmer unions have expressed their dissent and voiced their outrage over the killings of four farmers in Uttar Pradesh’s Lakhimpur Kheri. The government has imposed Sec 144 and has detained a Congress leader from UP for over 24 hours now.

Priyanka Gandhi took to social media showing the video of the incident and demanding Prime Minister Modi to remove union minister Ajay Kumar Mishra. She also demanded to file a first information report against Mishra’s son, who is allegedly accused of driving one of the vehicles that crushed the farmers.

She further questioned the decision to stop the opposition leaders from visiting the point of occurrence and meet the affected farmers. “You have stopped us and other opposition leaders from visiting the farmers. You have detained us without charges or FIRs,” said Priyanka Gandhi, who is heading the UP Congress in the backdrop of upcoming elections.

The protest video was released in the wake of a video that surfaced today online, showing a car crushing the protesting farmers who were raising slogans. The police are yet to verify the video.

The opposition visiting the Lakhimpur Kheri

The Lakhimpur Kheri incident has again raised eyebrows on the UP government handling the crisis. In a similar response to the Hathras incident, the Yogi government had imposed Sec 144 and has not let opposition leaders meet the farmers.

Yesterday, Chattisgarh CM Bhupesh Baghel’s chopper was not allowed to land. He has now tweeted that he is leaving for UP to meet the farmers. Even Punjab CM Channi’s chopper was denied permission to land. Channi has submitted a memorandum seeking justice for the victim farmers to the PM.

Congress Rajya Sabha MP Deepender S Hooda from UP has been detained for more than 24 hours now. He said: “We are still in detention as criminals for the second day, and those who trampled on the peasants are still at large.”

(Translation: Today, after 24 hours, we are still in prison as criminals for the second day, and those who trampled the peasants are free. The land of Lakhimpur was red with the blood of the peasants, but every drop of this blood will write the history of the next revolution. Sitapur Police Line, in custody)

Priyanka Gandhi was also arrested on the night of the incident on her way to meet the farmers.

On Sunday, the Deputy CM of the state, Keshav Prasad Maurya, and MoS (Home) Ajay Mishra Teni were to visit Lakhimpur Kheri to lay a foundation stone for government schemes.

Meanwhile, Samyukt Kisan Morcha has called for a protest rally on the visit due to which farmers in the district and neighbouring areas have blocked the Tikunia helipad with tractors.

The deputy CM was on his way to visit Mishra’s paternal village, 4 km from the border. Around 4 pm, Maurya reached Nighasan Guest House but could not reach Tikunia to attend an award function of a wrestling match. The district magistrate and Tikunia’s SP reached out to the farmer, but they held their ground.

However, around early evening, the son of union minister Ajay Mishra Teni, Ashish Mishra’s convoy for receiving Maurya, clashed with the protesting farmers. The convoy had allegedly run over four farmers.


The union minister has also claimed that three BJP workers and the driver have died in the clash after the incident. At least eight people have died till now in the violence, including a local journalist. The UP government has suspended internet services and has restricted borders to stop opposition leaders from visiting the area. They have also announced 45 lakhs rupees as compensation to the kins of the deceased. 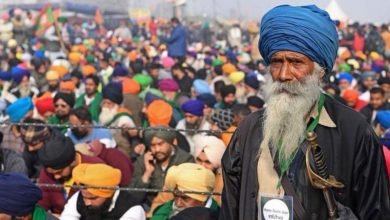 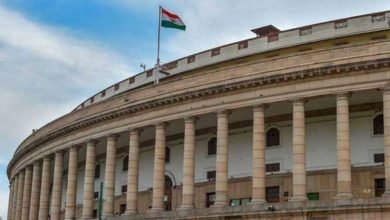 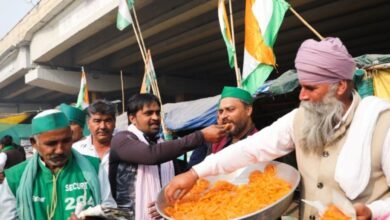 Will Priyanka Gandhi’s ‘40% seats for women’ plan pay off in UP?