The harvesting season of Kashmir’s walnut produce arrives amid demands from growers for a separate Mandi (marketplace) to sell off their dry fruit produce.

The walnut harvesting season in the valley of Kashmir has arrived as growers can be witnessed busy in walnut picking, in most of the villages and remote areas. However, the methods adopted post-harvesting continue to be traditional and can be easily called as primitive.

Kashmir’s walnuts are produced for markets in and outside the Himalayan valley as the Autumn season (called locally as Harud) approaches.

Kashmir’s walnut trade has a huge 98% share in India

J-K, as the most important walnut-producing region in India, accounts for nearly all (98 per cent) of the country’s walnut exports. India, on the other hand, is the world’s eighth-largest producer of walnuts.

As per available details, 2.66 million metric tonnes of walnuts are produced in Kashmir alone. In the valley, walnuts are grown on more than 89000 hectares of land.

People involved in the walnut trade in Kashmir face several challenges at every level of the process, from planting to harvesting to marketing. This can be attributed to a variety of causes.

A lack of high-quality plant material, poor orchard management, and a protracted gestation time are some of the issues that hamper the increase in production as well as the development of walnut trade into a significant sector.

The walnut growers in the valley have been demanding a dry-fruit Mandi for selling their produce to the consumers directly, without having to compromise on the rates quoted by middlemen.

“We have been requesting a local ‘mandi’ (wholesale market) in Shopian, so that we may sell our harvest directly to the consumers without having to go through middlemen,” says Ayoub Lone, a walnut producer in Lonepora Newa area of south Kashmir’s Pulwama district.

Ironically, traditional farming practices are still used by farmers. Infrastructure such as transportation, power, roads, mandis, and packaging and processing facilities are all lacking.

Farmers’ post-harvesting practices are rudimentary, resulting in lower crop production. Walnut exports have also remained stagnant throughout the years due to a lack of export-oriented measures.

Walnut picking is not only risky, but deadly sometimes

Walnut picking is a one-of-a-kind activity; it is a dangerous task in which the labourer risks losing his life. A labourer proficient in removing walnuts should also be sharp, vigilant, and daring.

It is important to note that several workers in this trade have died in the last few days after falling from walnut trees around Kashmir.

Meanwhile, walnut producers are worried about their stock, as sales were flat last year, and with the third wave of Coronavirus casting a shadow, prices might fall even more this year.

Government aims to assist in boosting the walnut sales

Kashmiri walnut kernels are regarded to be the best in the world, according to the Department of Horticulture.

According to a senior Horticulture department official, who wanted not to be named, the government is striving to promote Kashmir-based organic walnuts in order to boost sales in both the domestic and foreign markets.

However, due to the political circumstances in the union territory, as well as traditional farming practices that have not kept up with new technology, Kashmir’s walnut producers are unable to meet this rising demand.

Despite a big crop this year, walnut producers may only get a pittance for their hard work. 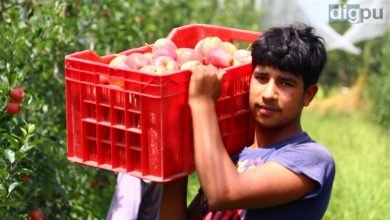 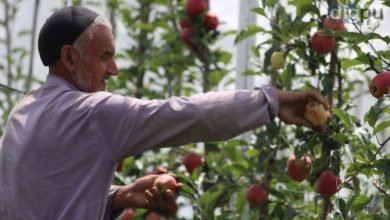 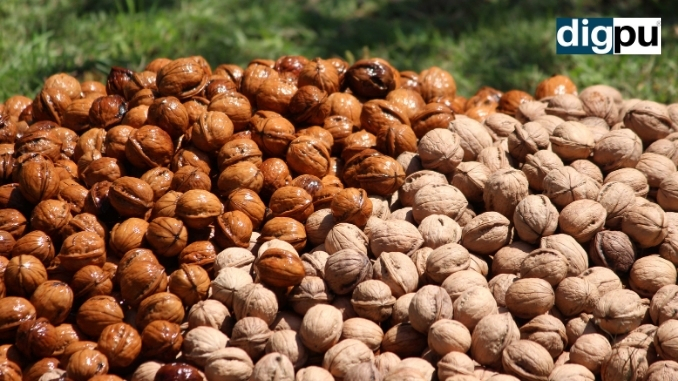 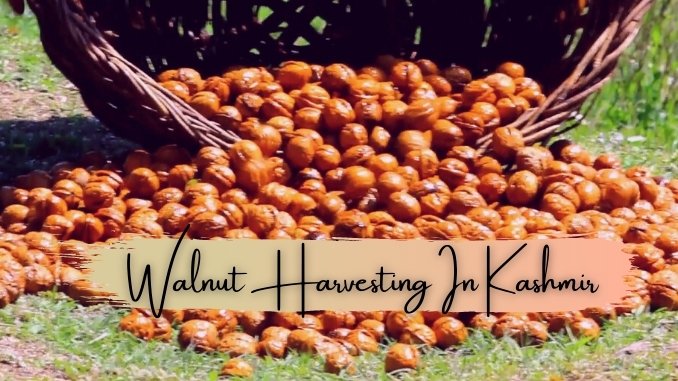 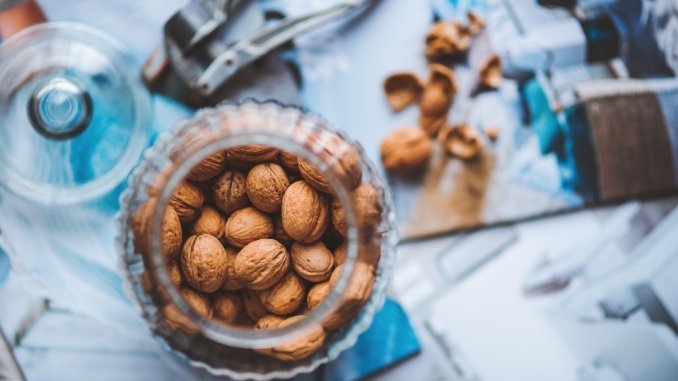 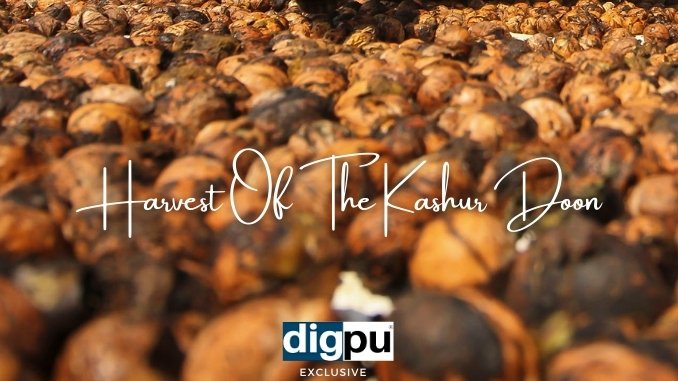 In Pictures: Harvest Of The Kashmiri Walnut