Measles (MeV) infections in India more than doubled in the first two months of 2022 as compared to the same period the previous year. Measles cases surged by 79 per cent globally during the same time period, following a similar pattern.

In January and February, almost 17,000 cases of measles were reported, mostly in Somalia, Yemen, Nigeria, Afghanistan, and Ethiopia. The number nearly doubled from 9,665 in the first two months of 2021, according to a statement released by the United Nations’ World Health Organization (WHO) in April 2022.

As per WHO, at least 21 ‘large and disruptive’ outbreaks have been reported in Africa and the East Mediterranean region in the last year.

The extremely contagious disease killed over 140,000 people in 2018. The majority of the victims were children under the age of five.

This is a worrying signal of heightened danger for the spread of vaccine-preventable diseases, according to the WHO.

The WHO and the United Nations Children’s Fund (UNICEF) have warned that the conditions are favourable for severe epidemics of vaccine-preventable infections. The warning is crucial because, even with immunizations available, the rapid increase in measles infections is alarming.

However, it is not because the disease’s vaccine has grown ineffective; rather, vaccination campaigns have apparently slowed down.

Lockdown and subsequent unlock behind the measles surge

The increase in measles cases indicates the extent of the impact of pandemic-related disruptions in immunisation drives. As resources were shifted to deal with the pandemic, monitoring decreased considerably.

Another element that raises the danger of greater breakouts is the loosening of movement restrictions. In fact, according to Google mobility data, park visits in India jumped by more than 80% in May 2022 compared to pre-pandemic levels.

The confluence of a rise in measles cases and a drop in vaccination rates for vaccine-preventable diseases in the backdrop of a raging COVID-19 pandemic may be a cause for concern.

Due to the increase of persons affected by immune amnesia, the expected herd immunity for any subsequent infectious disease can be lost when measles vaccination regulations are eased.

Immune amnesia refers to the ability of an infectious virus to erase the immune system’s memory of previous diseases. Children who recover from the measles virus may become vulnerable to other infections against which they were previously immune.

The global measles vaccination rate declined to 84 per cent in 2020 from 86 per cent in 2019 — a rate that has stayed stable for some time and is far below the 95 per cent target. Furthermore, around 20 million infants missed their first immunization in 2020, when the world was experiencing the worst measles outbreak in more than two decades.

Pertinently, measles is caused by a virus that infects the respiratory tract and then spreads through the body. Symptoms include a high fever and rash.

Measles can cause significant problems such as blindness, encephalitis (a brain infection that causes swelling), and severe respiratory infections such as pneumonia. The majority of deaths are caused by these conditions. Measles is especially dangerous to young children who are unvaccinated and malnourished.

The global health body WHO’s statement on the surging cases warns of the dangerous impact of measles infection on the immune system, which has the potential to make children more susceptible to other diseases as well.

Earlier during the pandemic, experts raised worries about the possibility of immune amnesia, a side effect of a measles infection.

MeV has recently been shown to infect and damage memory and memory-like cells, wiping memories of past experiences with various microorganisms and vaccines.

What is worrying is the fact that more than 200 million people, most of whom are children, have been impacted by the postponement of 57 vaccine-preventable disease campaigns in 43 countries due to the outbreak and consequent campaigns to fight the COVID-19.

However, it is now time to get essential immunisation back on track and launch much-needed catch-up campaigns, so that everybody can have access to these life-saving vaccines and a protective cover to fight the infection of measles.

Introduced in 1963, the measles vaccine put a break on the measles epidemics, which were prevalent roughly every two to three years. Before the widespread vaccination, as per WHO, measles killed about 2.6 million people a year.

Between 2000 and 2018, more than 23 million deaths have been prevented globally by measles vaccination, which makes the measles vaccine one of the best breakthroughs in public health.

University of Kashmir gets its first female Vice-Chancellor 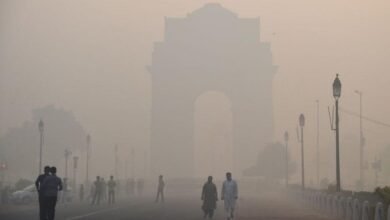