The grim situation born out of the escalating Covid-19 numbers had threatened recovery efforts rolled out by the Department of Tourism in Kerala to end up as a bane. The state, as part of its focussed efforts to keep its tourism spots zero risk-free, had lined up a slew of measures to keep destinations safe by creating a bio-bubble around them. A variety of factors, including properly sanitised hotels and resorts, vaccinated staff and the like, were ensured. The Covid-19 scare is far from over, but travellers from around the world are starting to include the state in their tour itineraries.

The fear of contracting the disease is on the wane thanks to dedicated efforts by Kerala Tourism and the travel sector stakeholders in the state. Tourists are believed to be starting to book their tickets to Kerala yet again in a slow, but steady manner. Mohammed Riyas, the new Minister of Tourism, has been at the forefront of all these efforts aimed at luring travellers back to Kerala in the new normal.

As part of ensuring hassle-free travel for tourists coming to Kerala and giving them an opportunity to discover unexplored attractions themselves and record their impressions during the visit, Kerala Tourism Department has now unveiled a new mobile app with a focus on the state’s travel destinations.

According to Minister Mohammed Riyas, the Kerala Tourism app provides all information about destinations and services. “A key feature is that it identifies unexplored destinations in all panchayats in Kerala, he added, pointing out that it is expected to aid local tourist spots to grab global attention.

The app was unveiled by Malayalam superstar Mohanlal on Saturday, who said that it would be a blessing for travellers, who would like to explore God’s Own Country extensively.

The app has been designed to aid visitors to also scribble down their experiences and expectations on unexplored destinations. Further, in its next upgrade, it will also usher in a feature that would prompt tourists to make enquiries using the ‘Voice Assistant’ facility. The responses would be provided via voice clips.

It will also provide faster toilet mapping activities, wherein travellers travelling between destinations would be able to locate safe and hygienic restrooms on their way.

Further, restaurants and eateries that offer delicious Kerala cuisine and relish local flavours as per their choice will also be listed.  Future upgrades of the mobile application will also bring in technologies such as augmented reality and the like.

Kerala’s Responsible Tourism initiative, which has won many a global laurel over the years, is another area that the mobile app would list down. An added thrust would be on the Responsible Tourism initiative so that it would help travellers to experience a community-driven tourism model in its totality. Local communities will also be able to showcase ethnic products globally via the app.

With the high profile mobile app unveiled, Kerala’s post-Covid 19 tourism scenario looks at additional growth. The thousands of tourism spots, the workforce in the travel sector and related activities are expected to get a boost with the Kerala Tourism department all set to promote the app in a major way. The roping in of super star Mohanlal to launch the app may be seen as a big step in this regard.

To download the Kerala Tourism app on Google Play Store, visit this link.

The sorry state of affairs of the National Rural Livelihood Mission 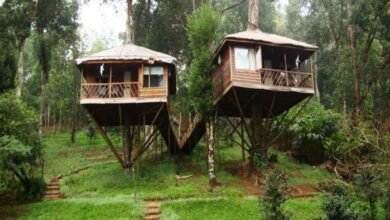