The prolonged election schedule is a clear indication that the Election Commission is determined to conduct a peaceful Assembly election in the state.

The Election Commission of India (ECI) announced an unprecedented eight-phase election schedule for the 294-seat West Bengal Assembly starting from March 27 and going on till April 29. About 7,32,94,980 electors will exercise their franchise across 1,01,916 polling booths.

West Bengal election result will be declared on May 2. The ruling Trinamool Congress led by Mamata Banerjee has pitched this election as a contest between the people of Bengal and ‘outsiders’. Meanwhile, political pundits expect the Bhartiya Janata Party (BJP)’s the meteoric rise in the state. However, it is yet to be seen what role the Left-Congress-Indian Secular Forum play in terms of bagging a share of the votes.

What it means to the Election Commission

The prolonged election schedule is a clear indication that the Election Commission is determined to conduct a peaceful Assembly election in the state. More phases mean better and adequate distribution of adequate central forces with utmost importance on maintaining law and order situation.

The EC has already sent 125 companies of CAPF to the state (before poll dates were announced) for confidence-building measures. The step was taken following submissions made by political parties to ensure a violence-free election and boost the confidence of voters. By holding multiple phases, the movement of CAPF would be smooth.

On the other hand, the election in several districts will be held in two to three parts. This has been done to lay a specific focus on sensitive areas in a particular district and in constituencies where poll violence takes place the most. The intention was to stop the movement of anti-social elements from the same district gaining free access to sensitive areas if polls were held in such districts in a single phase.

For example, polling in the district of South 24 Parganas will be held in three parts. It is the same district where BJP national president JP Nadda’s convoy had come under an attack in December last year. This is also the district from where TMC MP and Chief Minister Mamata Banerjee’s nephew Abhishek Banerjee represents in the Lok Sabha.

In another instance, polling in 11 Assembly constituencies of state capital Kolkata will be held in two phases on April 26 and 29. Some Assembly constituencies in South 24 Parganas district such as Behala Purba, Behala Paschim, Kasba, Tollygunge and Jadavpur which comes under the Kolkata Municipal Corporation area and under the jurisdiction of Kolkata Police will go for polling on April 10. As a result, electors in Kolkata will witness voting on three separate days-a never seen before phenomenon.

What it means to the political parties

The ruling TMC is likely to receive a setback due to this prolonged election schedule. As the party depends on its supremo Mamata Banerjee for poll campaigning, it now has to rethink the entire election campaign and prepare a fresh plan. As polling will be held simultaneously in north Bengal and south Bengal districts, laying focus in both parts of the state could be a daunting task.

On the other hand, polling in multiple parts in districts known to be TMC stronghold might ensure the election swing in the Opposition’s favor. The TMC has alleged that this has been done to help the BJP in most of the south Bengal districts where the BJP’s organizational strength is weak.

For the BJP, the eight-phase election schedule is likely to give enough time to party leaders to campaign across the state. As elections to other states are getting over in first three phases, BJP leaders will be able to give more time to Bengal in remaining phases and hold numerous rallies and public meetings.

Interestingly, in the first three phases, polling has been announced in Assembly constituencies where the BJP is on a strong ground. This will allow the BJP to focus on Assembly elections in other states before coming to Bengal with full force to concentrate on Assembly segments where it is facing a tough contest from the TMC.

Rashtriya Janata Dal (RJD) leader Tejashwi Yadav met Bengal chief minister Mamata Banerjee Monday afternoon and offered his full support to her in the coming assembly polls in Bengal. “Many people from Bihar and other states reside in Bengal. I appeal to all people from Bihar to unitedly support Mamata Ji. I will use my full strength to support her. This election is about protecting Bengal and its culture, which is unique. This is a fight to save Bengal’s values. Our leader Lalu Prasad Ji wants this,” Yadav said referring to his father, shortly after meeting Banerjee at Nabanna, the state secretariat.

The RJD will contest a few seats as an ally of the ruling Trinamool Congress (TMC). Yadav arrived in Bengal two days ago and held meetings with party workers.

“We will support Mamata Banerjee in the West Bengal Assembly elections to defeat BJP who wants to win by spreading hatred. In 2017 as well, they won in Uttar Pradesh by propagating hatred,” Akhilesh Yadav said.

We will support Mamata Banerjee in the West Bengal Assembly elections to defeat BJP who wants to win by spreading hatred. In 2017 as well, they won in Uttar Pradesh by propagating hatred: Samajwadi Party chief Akhilesh Yadav pic.twitter.com/rMMY4rvtIX

Days ahead of West Bengal Assembly Elections 2021, Shiv Sena extended its support to TMC supremo Mamata Banerjee and said it would not contest assembly elections in Bengal. Interestingly, Shiv Sena is the latest political party to support TMC after Rashtriya Janata Dal and Samajwadi Party (SP). Also Read – Bengal Polls 2021: Left-Congress-ISF Alliance Announces Seats That Parties Will contest in First 2 Phases. Calling Mamata Banerjee as the “real Bengal tigress”, the party, which had earlier said that it would join the electoral battle in the state, vowed to “stand in solidarity” with the TMC camp. 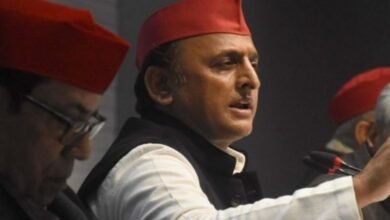 Import of workers to spread lies in UP? Akhilesh charges could leave BJP irked 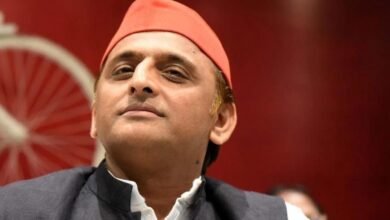 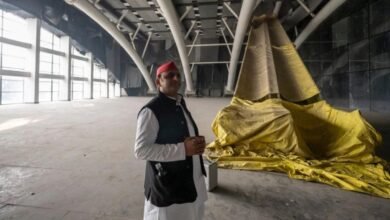 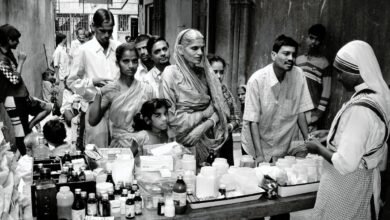