NEW DELHI — Roger Federer, the Swiss tennis legend, has revealed that he will have further knee operations and will miss the scheduled US Open.

Federer last competed in the Wimbledon Championships. The tennis star also skipped the Tokyo Olympics due to knee problems.

In a video shared on his Instagram account, Federer stated that he wanted to give his fans a quick rundown of what has happened since Wimbledon.

He said that, as expected, it hasn’t been easy for him to stay away from the game.

Stating that he has been checking in with physicians a lot about his knee health, Federer said he is gathering all the information he can.

However, he rues that he continued to hurt his knees during the grass-court season and Wimbledon.

Roger Federer advised to stay away from tennis court

According to The Washington Post, Roger Federer said his doctors asked him to avoid tennis for the time being and preparing his mind for surgery in the medium to long term to feel better. “I have made the decision to do it,” he expressed.

He said he would be on crutches for a long time and out of the game. Explaining further, he stated that it would be difficult in some ways, but he was sure it was the right thing to do because he wanted to be healthy and running around later as well.

The tennis star said he wants to give himself a glimmer of hope to return to the tour in some shape or form.

‘I am of a realistic mindset’, Federer expresses

Further talking about his comeback, the 20-time Grand Slam champion said he is of a realistic mindset. He said he knew how difficult it was at his age to do another surgery.

Saying he wants to be healthy again, Roger said he intends to go through the rehab process to return to the tennis court, which he thinks will help him during the ‘long period’ of time.

Earlier, after losing to Poland’s Hubert Hurkacz in the quarterfinals of Wimbledon 2021, the Swiss tennis maestro had stated that he did not know if that was the last time, he played Wimbledon. 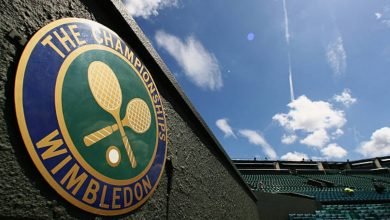 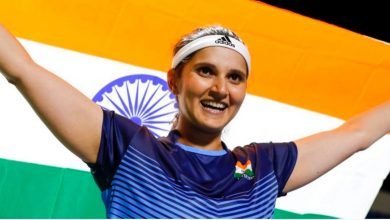 Sania Mirza informed she had infected by the coronavirus