Issues of significance that are seen as shaping the future of the aviation industry in India is up for deliberations at the three-day Civil Air Navigation Services Organisation (CANSO) conclave. The CANSO conference that got underway in Goa, is also taking up for discussion the ways and means of turning the Complete Air Traffic System (CATS) Global Council’s vision for the skies of 2045 into reality.

With “Think Global, Collaborate Regional, Accomplish Local” being chosen as the theme for this year’s conference, the three-day affair has the participation civil air navigation sector delegates and exhibitors from the Asia Pacific region and beyond.

Civil Air Navigation Services Organisation is the global voice of the air traffic management (ATM) industry, and its members, who include air navigation service providers, airspace users and operators, manufacturers and aviation industry suppliers, support over 90 percent of the world’s air traffic. The organization looks on global Air Traffic Management performance by connecting with the industry to share knowledge, expertise and innovation.

Going by a government communication, Poh Theen Soh, CANSO Director, Asia Pacific Affairs, has been quoted saying that the recovery of air travel has made it imperative to look beyond Covid-19 and to the future. Building on that CATS vision, Asia Pacific Air Navigation Service Providers is expected to step up collaboration and tackle key areas such as sustainability, by embracing and exploiting technology.

The Civil Air Navigation Services Organisation conference also has as its agenda discussions on digitalisation and automation as key enablers in delivering CANSO’s vision for future skies. Delegates will also be able to view first-hand some of the cutting-edge technology that will help modernise Air Traffic Management in the region.

According to Simon Hocquard, Director General, CANSO, improving efficiency and creating a more scalable, sustainable and resilient system has never been more urgent for the industry. In this regard, CANSO is looking forward to collaborating with colleagues across the region to raise the bar in Air Traffic Management.

The Airports Authority of India (AAI) is a major participant in at the conclave. Responsible for the provision of Air Navigation Services over the Indian continental airspace and adjoining oceanic airspace delegated to India by ICAO, the AAI also functions as the major airport operator in India, responsible for management of 133 Airports which include 24 International Airports, 78 Domestic Airports, 10 Custom Airports and 21 Civil Enclaves. 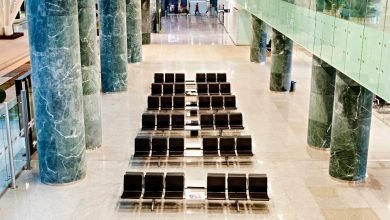