After a two-year lull, born out of the Covid-19 pandemic that raged in this part of India, things seem to be back on rails for the tourism sector in Kerala. The state has overcome the body blow dealt by the pandemic, by playing host to 3.8 million domestic tourists in the first quarter of 2022.

This number is significant as the growth stands at 72.48 percent, as against the 2.2 million tourists from across India who visited the state during the corresponding period of 2021. This number also has provided hopes to the Department of Tourism in Kerala to foresee a record number of tourists by the end of the year.

The optimism was aired by P A Muhammed Riyas, Minister for Tourism in Kerala. Going by the prevailing trend, Kerala Tourism is set to attract record number of tourists this year on the strength of its globally-acclaimed assets, new products and initiatives like caravan tourism and by exploring the unexplored destinations across the state, Riyas said.

Taking a look at the break of districts and tourism destinations that attracted travellers during the quarter, it becomes clear that Ernakulam district registered the highest number of 811,426 domestic tourists, followed by Thiruvananthapuram (600,933), Idukki (511,947), Thrissur (358,052), and Wayanad (310,322). Significantly, five districts, namely Idukki, Malappuram, Kasaragod, Pathanamthitta and Wayanad, registered the highest ever footfall since their formation.

Overall, there was a significant increase of 16 lakh tourists in the first three months of the current year compared to the corresponding period last year. This healthy uptick in the number of tourists from within the country indicates that the domestic segment of Kerala Tourism has recovered from the impact of the pandemic, the Minister said.

An ambitious project to explore the unexplored destinations is also being lined up the state government to lure tourists to God’s Own Country. The state is expected to announce a ‘Destination Challenge’ initiative in association with Local Self-Government department (LSGD) to identify at least one destination under each LSG institution. The LSGs will be the main beneficiary of this project.

Further, in a bid to sure the upkeep of tourism centres, tourism clubs will be formed in college campuses as youngsters can effectively work together as volunteers in keeping tourist assets well maintained. Novel tourism products and events like caravan tourism, adventure tourism and the second edition of Champions Boat League (CBL) to be held later this year and projects under LSGs, STREET Project and Responsible Tourism are expected to provide a fillip to the state’s domestic tourism sector. 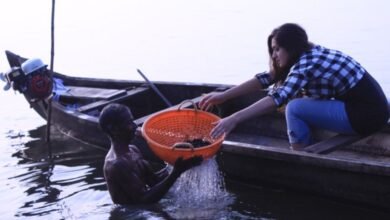