Yashwant Sinha, a former Union Minister in the NDA government of Atal Bihari Vajpayee, was on Tuesday declared as the united opposition’s presidential candidate.

Mr Sinha’s nomination was unanimously agreed upon by opposition leaders assembled in the Parliament annexe for a meeting organised by NCP head Sharad Pawar.

On this occasion, the communications head of the Congress party, Jairam Ramesh issued a joint statement from the opposition. He said that the joint opposition has agreed to nominate a single candidate in the next presidential elections to prevent the Modi regime from wreaking more havoc.

As per Mr Jairam Ramesh, Yashwant Sinha has been picked as a common candidate in the meeting held today. “All political parties are urged to vote for Yashwant Sinha,” he appealed.

BJP and its allies urged to back Mr Sinha’s candidacy

The BJP and its allies were also urged to back Mr Sinha’s candidacy, according to the statement of Jairam Ramesh, so that the country might have a ‘deserving Rashtrapati elected unchallenged’.

The opposition deplored the Modi government’s ‘failure’ to make a real attempt to reach an agreement on a presidential candidate.

It is in place to mention here that Yashwant Sinha’s campaign for presidential polls, if required, will be guided by a committee.

According to the joint declaration, the opposition parties have pledged to further cement their solidarity and fight against the ruling BJP in the months ahead.

The presidential candidacy of Mr Sinha and the following campaign for the same will help the joint opposition in this direction, Jairam Ramesh said.

Meanwhile, Mr Sinha said that he was thankful to Mamata Banerjee for the honour and dignity she conferred on him in the TMC. He added that it was now time to strive for greater opposition unity for a wider national cause.

Pertinently, Gopalkrishna Gandhi, the former governor of West Bengal, Sharad Pawar, the leader of the Nationalist Congress Party, and Farooq Abdullah, the former chief minister of Jammu and Kashmir, had all been offered to run for President polls but none of them considered the same.

On June 15, the process of electing a new president began while the deadline for submitting nominations is June 29. If BJP nominates a different name, then the polls will be conducted on July 18.

Entrepreneurship among students seen as a means to address unemployment issue 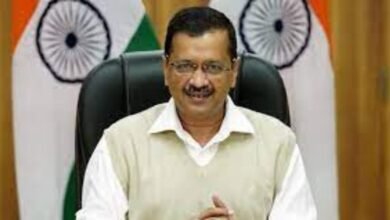