The Pradesh Congress Committees of Rajasthan, Madhya Pradesh and the youth wing of the party in Delhi organised multiple protests against the fuel price hike

In Madhya Pradesh, Congress has called a half-day statewide ‘bandh’ today against rising prices of petrol, diesel and cooking gas and demanded that the government should roll back the hike. Speaking to the media, Congress leader and former Chief Minister of Madhya Pradesh, Digvijaya Singh said the central government should slash the excise duty on petrol and diesel immediately.

“The inflation is on a constant rise. The budget of the poor and middle class is getting affected due to it. Has the Finance Minister increased taxes on rich people? All the brunt is born by the poor people. We demand the slashing of excise duty from fuel,” said Singh.
In Delhi, members of the Indian Youth Congress cooked food on a traditional firewood stove and demonstrated a shirtless agitation in protest against rising LPG prices.

Rajasthan Congress took out a march on foot and tractors in Jaipur against BJP-led Centre, opposing the three farm laws and rising fuel prices.
Rajasthan Minister PS Khachariyawas said the central government is torturing both farmers and middle-class people.

“Prime Minister can be from any party, but he belongs to the country. Why can’t he repeal farm laws? Firstly, they (BJP) finished subsidy for gas cylinders and now fuel prices are rising. On one side they are torturing farmers and on the other, it is the public who are getting affected,” said Khachariyawas. 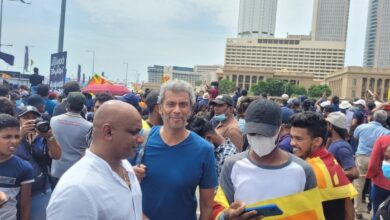