The much-awaited “Hall of Fame 2022” issue is carefully curated with stories of such individuals who have prestigiously ranked above everyone else and have shared their passion journeys.

Premier luxury, lifestyle and business magazine Passion Vista celebrates the glorious and illustrious careers of eminent personalities from all over the globe. Their resounding success has made the world take notice of their diligence, persona and work ethos. The much-awaited “Hall of Fame 2022” issue is carefully curated with stories of such individuals who have prestigiously ranked above everyone else and have shared their passion journeys.

With an infectious personality, positive mindset and an unflinching zeal for achieving her goals, AnaMaria Meshkurti is a true leader and is currently the Head of Marketing, Communications and Engagement at Fongit. She is a role model having worked with organizations like the United Nations for more than 8 years where she was in an instrumental position and she gave back to the countries she was engaged with. She created the first incubator programme for startups in Developing Countries that primarily focused on innovative technologies and standardization. She is also the incoming curator of the WEF Geneva Global Shapers Hub.

The organization she works at is the Fongit, the Geneva Foundation for Technology Innovation which operates as an incubator and innovation platform for about 100 startups and is completely funded by the State of Geneva. The foundation channelizes positive economic and social growth. Her passion for technology and innovation along with a fast-paced environment has culminated in her being involved heavily in startups and tech. She also sits on the Board of VR4Business.ch and Secondworld.ch, which are both virtual reality companies focused on VR gaming.

In her illustrious career, AnaMaria has received the International Telecommunication Union Staff Awards in the categories of innovation and teamwork. She also continued to be the chapter leader for more than 2 years of the Hult International Business School Alumni association through which she was able to give back to the community of her University.

She shares that her journey flowed with positivity in each fragment and has overcome many hurdles with the powerful weapon of having a positive mindset. She says, “I have noticed that when we manifest positivity and good energy we are able to achieve great things. In addition, I have always believed that hard work does indeed pay off in the end, even though sometimes things may look or feel unfair. It is important to stay the course in order to achieve your goals and put in the work needed.”

Based in Geneva, Switzerland, she is also extremely driven to play a role in the upliftment of the community and this prompted her to be a part of the World Economic Forum Global Shapers Community. She reflects, “With this community, we are able as a group of dedicated volunteers to create and implement projects of a different scale to ensure that we support those vulnerable groups in the city of Geneva but more widely in the Geneva lake region”

AnaMaria is a firm believer in diligence and feels that the effort one puts into their work proportionately reflects in the end result. She had to face challenges but she took it in her stride and did not let herself get dissuaded from her goals. She says, “I have tried to never pay attention when it comes to what others around me are achieving, as our goals and aims differ.”

She reveals that her family is her source of inspiration especially her mother who she feels is a very strong woman and has done many sacrifices for her and her brother providing them with the tools to succeed. Her mother’s positive attitude and terrific spirit have influenced the same philosophy which AnaMaria leads her life with.

For her, the question of being in the rat race or being a tiger is a difficult one. She believes that everyone should be responsible for their future and goals and take any challenges head-on. She says “If I were to have a choice, of course I would choose to be a tiger. Fend for myself and be my own boss, however at times we need to be part of the so-called “rat race” to change the system from within”

AnaMaria resonates as a leader who wants to bring a positive change to whatever she touches and her strength has become synonymous with good energy and a will to give back to society. To know more about AnaMaria, check www.passionvista.com or to nominate email, [email protected] 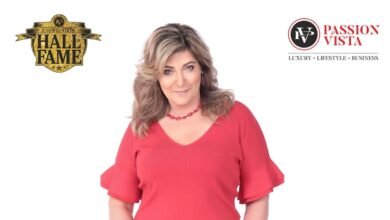 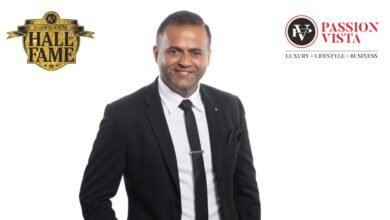 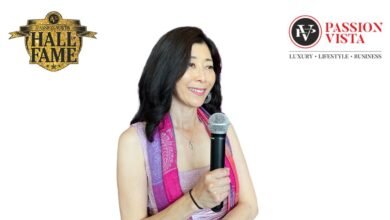 Edi Matsumoto earned the title of being a remarkable global leader 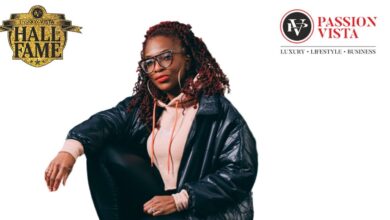 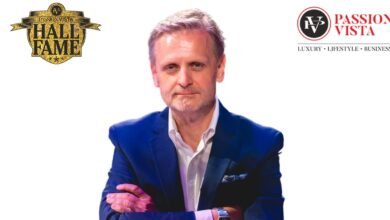 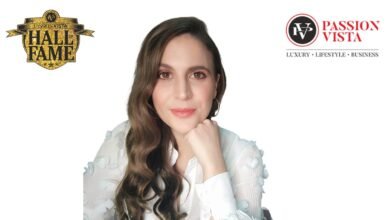