Pulwama Attack Crackdown: Separatist Yasin Malik was the first to be arrested by the police from his Maisuma residence in Srinagar. This was followed by dozens of Jamaat-e-Islami leaders, including its chief Abdul Hamid Fayaz being arrested during overnight raids across the Valley.

Amid a major crackdown on separatists in Jammu and Kashmir late last night, the Centre has sent hundred additional companies of paramilitary forces to the state on an urgent basis. Yesterday’s crackdown resulted in separatist Yasin Malik’s arrest.

An ‘urgent’ notice from the Home Ministry in New Delhi late on Friday evening led to 100 additional companies of paramilitary soldiers being airlifted to Srinagar, where the Jammu and Kashmir police and existing security forces worked through the night rolling out their deployment plan for the next few days.

There has been a considerable build-up of security forces across Jammu and Kashmir after last week’s terror attack in Pulwama, in which over 40 soldiers were killed. Pakistan-based Jaish-e-Mohammed or JeM released photographs and a video after the terror attack claiming full responsibility for it.

Since then, the situation has been tense across the state, especially the Kashmir Valley. After “eliminating” the handler and the bomb-maker of the Jaish-e-Mohammed, who were responsible for last week’s terror attack, the security forces and the Centre are acting swiftly to ensure a thorough crackdown on disruptive forces in the state.

Separatist Yasin Malik was the first to be arrested by the police from his Maisuma residence in Srinagar. This was followed by dozens of Jamaat-e-Islami separatists, including its chief Abdul Hamid Fayaz being arrested during overnight raids across the Valley.

Yasin Malik’s arrest comes ahead of a crucial hearing on Article 35-A in Supreme Court, which is likely to take place on Monday, February 25. The article, incorporated into the Indian Constitution in 1954, grants special rights and privileges to the residents of Jammu and Kashmir.

In the aftermath of the Pulwama terror attack, the government also withdrew the security cover of several separatists in Kashmir, including Yasin Malik, Syed Ali Shah Geelani, Shabir Shah and Saleem Geelani.

Crackdown on Jama’at-e-Islami in Kashmir; party chief among dozens detained

No Indian Allowed To Be Against India: Kerala college students booked for sedition for putting up posters on Kashmir issue 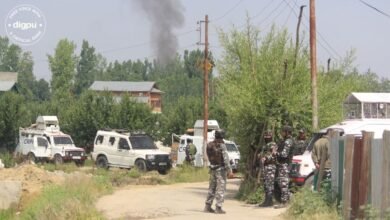 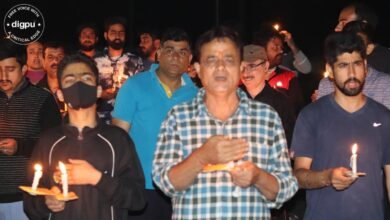 In Pictures: Candlelight vigil in Kashmir against Kashmiri Pandit’s killing 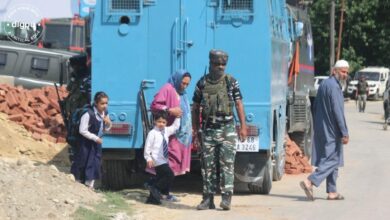 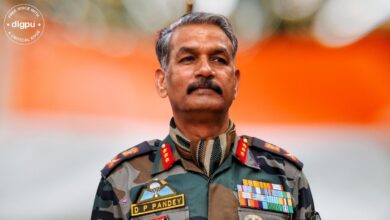