Sanjay Leela Bhansali’s Gangubai Kathiawadi is all set for release in theatres in just about a week’s time. But as the makers of the flick gear up for a grand opening, the Alia Bhatt starrer has hit a wall. The hassle comes in the form of opposition from none other than the closest relatives of Gangubhai, on whose life the film is based.

Gangubai’s adopted son Babu Raoji Shah and her granddaughter Bharti have come out against the flick alleging that the Bhansali opus has maligned her. According to them, Gangubai is being portrayed in the film as a prostitute and that such a portrayal has been leading people to mouth inexplicable things about her.  The trailer of the movie which was released earlier has led Gangubai’s relatives to come out all against the film.

They are of the opinion that Gangubai was a social activist but is being shown in the film as a prostitute. A case filed by Babu Raoji Shah, who is purportedly the adopted son of Gangubai, is still pending in court.

With people starting to ask whether Gangubai was actually a prostitute, the family has been shifting homes. This was because they couldn’t stand such questions from the public, Shah’s lawyer has been quoted saying. The family has already been sent a notice to the director Sanjay Leela Bhansali and Hussain Zaidi, who is the writer of Mafia Queens of Mumbai: Stories of Women from the Ganglands, from where Gangubai Kathiawadi was adapted, he said, adding that they haven’t yet responded.

No permission taken before making the film

Gangubai’s granddaughter Bharti has also slammed the movie alleging that the people behind the film saw only money in it and defamed her family. Accusing the makers for not seeking consent from them before they set out on their filmmaking venture, she added every woman living in Kamathipura is not a prostitute.  She reiterated that Gangubhai was a social worker who worked towards the upliftment of sex workers all through her life.

It may be recalled that Babu Raoji Shah had filed a petition against the film in 2021. Following this a Mumbai court had summoned Bhansali and Alia Bhatt in the case. However, later on, the Bombay High Court refused to stay the release of Gangubai Kathiawadi. The High Court had also granted an interim stay on the criminal defamation proceedings against the makers of the film.

Now that the family members going all out against the film, it remains to be seen how Bhansali and team would plan their next step. 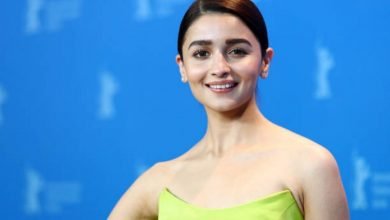 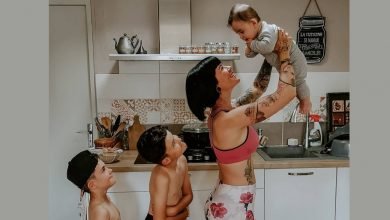 10 heartwarming tattoo ideas to show off your inseparable family bond