The Delhi administration is seeking input from stakeholders on whether or not schools and colleges should be reopened now.

NEW DELHI — The Delhi government is seeking input from stakeholders including students, their parents and teachers on whether or not schools and colleges should be reopened now as the second wave of COVID-19 seems to die down.

He said, “If you are a parent, student, teacher, or principal in a Delhi school or institution, please give me your thoughts on [email protected].”

“Should schools open in Delhi now? I asked for suggestions from children, parents, teachers and principals today at 2 PM,” Mr Manish said, informing that 5000 emails were received till 5 PM, 10,000 email till 8 o’clock while the number increased to 12,000 till 9:30 PM (on Wednesday).”

After providing the numbers, he further asked, “What do you think? What is this huge participation indicating?”

The proposals should be under 100 words long and include the student’s as well as the school’s name.

Nearly 5 lakh parents have already attended a special parents teacher meeting (PTM) to explore online learning in schools, according to the Deputy Chief Minister. The special PTM is scheduled to last until July 31.

Parents are anxious to know when schools and institutions will reopen, as well as concerned about their children’s safety, he added. He also stated that teachers want the schools to reopen.

“In neighbouring states, schools and colleges have either reopened or have been decided to reopen,” he said, adding that before the Delhi government makes a decision on reopening of educational institutions, teachers, parents, and students studying or working in government and private schools will be consulted.

The COVID-19 pandemic in Delhi is currently under control, according to the education minister.

The Delhi Disaster Management Authority has already issued directives, enabling cinemas, theatres, and multiplexes to operate with 50% capacity starting Monday, owing to a decrease in the number of new cases. 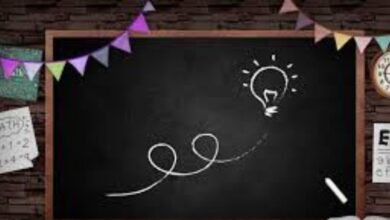