The Andhra Pradesh government on Friday told the Supreme Court that it has decided to cancel state board examinations for class XII, for the year 2021.

A bench of Justice AM Khanwilkar and Justice Dinesh Maheshwari accepted the submission of the government and said that it appreciates the practical and pragmatic stand taken by the state. Senior advocate Dushyant Dave appearing for the state told the Apex Court that in 10 days it will have a ‘High Powered Committee’ which will devise the assessment scheme and declare the results before July 31.

“If we held the exam then the results would have gone to August. When the entire country is in one direction we have no reason to go a separate way,” Dave said.

Taking into the record the submission of the government, the bench in its order stated, “Dushyant Dave, senior advocate appeared for Andhra Pradesh informed the court that after reexamining the situation state government has now been well advised to cancel the class XII exams. We take the statement on record. Notification is being issued shortly. Nothing more is required to be done in this case.”

The Bench also reiterated its earlier directions to the state boards to declare their results before July 31, in line with ICSE and CBSE policy.

“Since the respective states have canceled the exams we don’t wish to examine any other issues raised in the plea. All other intervention applications to be disposed off,” it added.

Every state has either canceled the exams or conducted them before the second wave of COVID.

Yesterday, the Andhra Pradesh Education Minister Adimulku Suresh said the exams were being canceled as it would not be possible to conduct and evaluate the exams within the time stipulated by the Supreme Court order.

The top court on Thursday questioned the Andhra Pradesh government over its decision to conduct physical exams for Class XII “tentatively in the last week of July”, saying the state should have a decision, concrete plan and how could it play with the lives of students.

On the Andhra Pradesh government’s affidavit which stated that COVID safety protocols would be followed by ensuring that only 15-18 students are there in a hall, the bench had asked if it had worked out the formula and how it would have around 35,000 rooms for examination purpose?

“Merely saying we want to take the exam is not enough. You’ve to take responsibility for students, staff, frontline workers,” the top court had told Andhra Pradesh’s counsel.

Asking it to submit the plan of conducting the exams, the top court had remarked, “We are making that clear keep that in mind, even for one fatality you will be made responsible.”

The Bench was hearing a PIL filed by Advocate Anubha Sahai Srivastava seeking cancellation of State Board exams amid Covid situation and uniform assessment criteria for state boards.

The study uses AI to predict unknown links between viruses 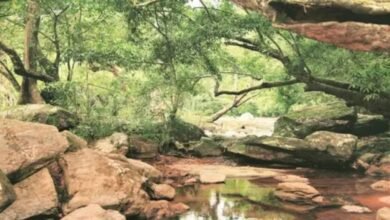