A kilogram of saffron requires the stigmas of about 150,000 flowers and can easily sell for more than one lakh rupees.

Placed among low mountains and spread across a vast area of small, fertile fields in the Pampore area of Kashmir, a sea of purple flowers’ bloom not only soothe the eyes but also propels the valley’s distinction with the accomplishment of producing one of the world’s most precious spices, known as saffron.

Commonly known as the ‘saffron bowl of Kashmir’, most of Kashmir’s saffron is grown in Pampore, which is a town located in the southern Kashmir’s Pulwama district.

There are about 3,200 hectares of land in Pampore Tehsil alone on which saffron is grown, while the total land in Jammu & Kashmir under saffron cultivation is 3,715 hectares.

At the end of Autumn, grower families in the valley head towards their saffron fields to harvest the saffron crocus flowers, which bloom for only two weeks a year.

Men, women and children stoop as they laboriously pick the delicate flowers and place them in wicker baskets. They then separate the purple petals by hand, and from each flower comes three tiny, delicate stigmas which are then dried in the sun, becoming one the most expensive and sought-after spices.

A kilogram of saffron requires the stigmas of about 150,000 flowers and can easily sell for more than one lakh rupees. The expensive nature and soaring prices have a reason: Across the world, saffron is used in products ranging from food to medicine and even cosmetics.

In Kashmir, the spice is mostly used in Kehwa, a slow-brewed sugary green tea infused with spices like cinnamon and cardamom and garnished with almonds. Saffron is also used in Wazwan, a traditional Kashmiri wedding meal cooked by special chefs that includes more than 10 dishes.

The spice is a source of pride and has fuelled the valley’s economy and culture for centuries. But over the years, its cultivation has faced troubles due to climate change, poor irrigation facilities and imports of cheaper Iranian saffron.

To boost saffron’s cultivation, authorities in Kashmir made many interventions.

In 2007, the Saffron Act was introduced, which barred the conversion of saffron farms to commercial plots and levied a penalty of Rs 10,000 and one year’s imprisonment on violators. To some extent, the act dissuaded the land mafia in the area who had started to buy land in bulk and build houses on it.

In 2010, Rs 400-crore National Saffron Mission was set up to restore the sector. The goals were diverse – providing irrigation through sprinklers and taps, increasing the quality of the seed sown for crops, conducting research to enhance productivity, and educating farmers about new methods of farming.

Unfortunately, the National Saffron Mission didn’t help increase the yield as it has failed to fulfil its targets and already missed two deadlines (2014 and 2019). This is partly because very few farmers find the latest technology lucrative and most still use century-old techniques.

Interestingly, the mission has so far released Rs 266 crore of which the majority – Rs 247 crore – has been utilised.

In May this year, Kashmiri saffron was given a geographical indication tag by the Geographical Indications Registry. The request was filed by the Directorate of Agriculture, Government of Jammu and Kashmir, and facilitated by the Sher-e-Kashmir University of Agriculture Sciences and Technology, Kashmir, and Saffron Research Station, Dussu (Pampore) with the aim to make it illegal for someone outside the valley to make and sell a similar product under the “Kashmiri Saffron” name.

It is believed that the GI tag will help Kashmiri saffron regain popularity and increase its price.

The growers also hope that the addition of authenticity through this tag will be economically beneficial, besides shrinking the space for those who do adulteration or rebrand Iranian saffron as Kashmiri.

Experts, however, believe that when the production is decreasing on the one hand and National Saffron Mission missing its deadlines, on the other hand, it seems extremely difficult for the ‘secondary initiatives’ of the government to work.

They clarify that secondary interventions like the GI tag and the modern post-production methods are bound to fail when the production is on the decline. For the production to increase, the fields need proper irrigation which has not happened since 2010.

Dil-Paziir (Urdu; meaning ‘heart pleasing‘) is a special edition positive news series brought to you by Digpu, sourced from conflict areas, starting from Kashmir. Our local journalists have successfully shared many inspirational stories from the valley – from the invention of E-Charkha, automatic ventilator in Kashmir, stories of brotherhood through to the first-ever cricket tourney for Blind sportsmen, all the stories make us awe-struck. These are NOT FOR REPRODUCTION.

The systematic direct muzzling of Kashmiri Press after revoking Article 370 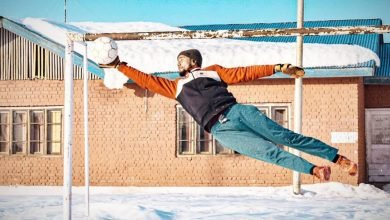 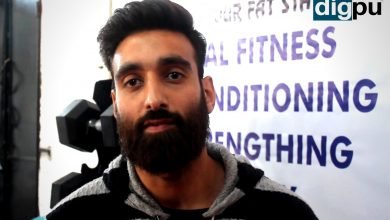 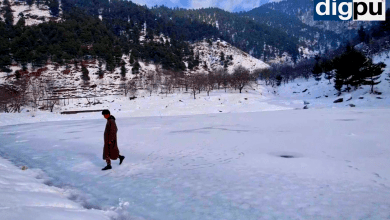 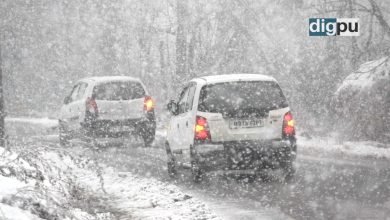 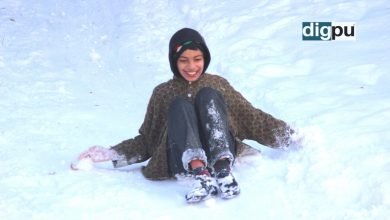 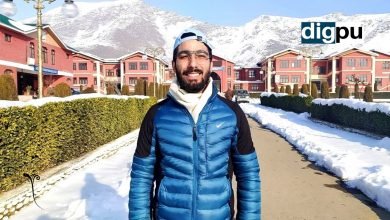