As fuel prices continue to rise, the man on the street finds it tough

Fuel prices are going up like never before. The Union government hiking the prices of petrol and diesel for the last 10 consecutive days has come as a major blow to the common man on the street, who have been already pinned down by price rise and inflation.

Indian citizens today woke up to know that the prices of petrol and diesel were hiked by 80 paise a litre each. That meant a total increase in rates in the last 10 days to Rs 6.40 per litre. As prices continued to zoom, without giving a chance of even a breather for the common man, the country is sure to be irked.

As had been expected the Opposition Congress party today launched itself into protest mode. The party has begun its nationwide protest holding aloft issues of inflation and fuel price hike.

With senior party leader Rahul Gandhi lead the party’s protests from Vijay Chowk in Delhi, the state units across the country also followed him in launching protest strikes against the Central government.

According to Rahul Gandhi, who spoke at Vijay Chowk this morning, petrol and diesel price have been increased 9 times in the past 10 days. The Congress has put forward its demand to the Centre to bring under control the rising prices. The party is nationwide protests on this issue, he added.

A look at the fuel prices in the metros would bring to the table a clear picture on how the rates have zoomed. In Delhi, petrol will now cost Rs 101.81 per litre as against 101.01 per litre yesterday while diesel rates rose from Rs 92.27 per litre to Rs 93.07 per litre today. Meanwhile, in Mumbai, petrol and diesel prices per litre reached Rs 116.72 and Rs 100.94 respectively. The prices had gone up by 84 paise each.

Significantly, the current spree of fuel price hike comes after a four-and-half-month long gap. The last revision had happened on March 22. But then, the past 10 days seeing prices being raised on 9 days is too much for the common man to bear. Prices of fuel going up also means essential items too getting dearer. With the price hike turning out to be a bane when people queue up for essential items, protests are bound to happen. 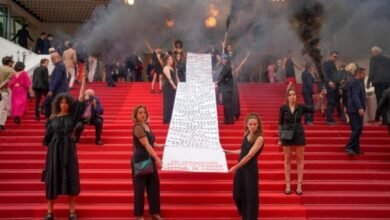