Sydney Sixers wicketkeeper-batsman Josh Philippe on Thursday was named as the Big Bash League (BBL) Player of the Tournament as voted by the on-field umpires this season.

Richardson sits atop the BKT Golden Arm leaderboard for the season on 27 wickets, three clear of Mark Steketee. The pair will both take the field in The Challenger on Thursday, February 4 at Manuka Oval.

Philippe’s award is further recognition of his rapid rise to BBL stardom in recent years following his move to the Sydney Sixers. In last year’s BBL, Philippe won the Player of the Final award after guiding the Sydney Sixers to their second title with a half-century in front of an SCG home crowd. He finished as the League’s third-highest scorer that season with 487 runs to go with his 11 dismissals, finishing ninth in the Player of the Tournament count.

Philippe took his game to a new level in KFC BBL|10 and with a second consecutive home final ahead of him, has already notched up 499 runs and 16 dismissals behind the stumps. He has won three Player of the Match Awards in his 15 appearances so far this campaign.

He has also been rewarded with a place in the 18-player squad for the Qantas Australian Men’s T20I tour of New Zealand.

Alistair Dobson, Cricket Australia’s Head of Big Bash Leagues, said: “We’d like to congratulate Josh Philippe on another outstanding season at the top of the order for the Sydney Sixers and being named the BBL Player of the Tournament. This is a richly deserved accolade and recognition for a number of match-winning performances, which have guided the Sixers to a second consecutive home Final at the SCG and selection in the Australian men’s T20I squad.”

“We’re sure all our Sixers fans can’t wait to get to the SCG this Saturday night to watch their team in action against either the Scorchers or the Heat. Our congratulations also go out to Alex Hales and Jhye Richardson on their performances this year which have seen them sitting atop the BKT Golden Bat and Arm leaderboards heading into the final two matches of the campaign,” he added. 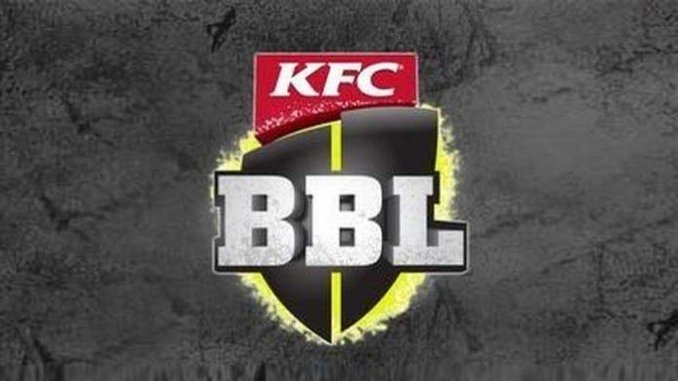 The tenth season of the Big Bash League Launched in Hobart