While mocking the BJP-led Central government’s policies, Mehbooba Mufti said this is the newest addition to the growing list of Confidence Building Measures for Kashmiris

NEW DELHI — The People’s Democratic Party (PSP) president and former chief minister of erstwhile state Mehbooba Mufti on Saturday said that the Centre has started threatening the shopkeepers for observing shutdowns in the valley of Kashmir.

Taking to micro-blogging site Twitter, the PDP president observed that since the all-party meeting with Prime Minister Narendra Modi, the Government of India had threatened shopkeepers and businesses with FIRs for closing their shops on August 5 as a mark of protest.

Taunting the BJP-led Central government, Mehbooba Mufti stated that this is the newest addition to Kashmiris’s rising number of Confidence Building Measures (CBM).

The first CBM, she ridiculed, was the termination of government employees for minor infractions, followed by the denial of jobs and passports.

The forceful opening of marketplaces in Lal Chowk came after the police advised shopkeepers not to observe a hartal, or closure.

Srinagar’s biggest marketplaces, including those in Lal Chowk and the Downtown area, were shut down despite the police order.

Local journalists expressed resentment against the actions of the police and used Twitter to vent their feelings.

“This is not how you bridge ‘dilli se doori’ — this looks like some ‘tala todd majboori’ #Kashmir,” a journalist Sameer Sadiq Bhat tweeted.

On the other hand, another journalist asked why the police broke into people’s shops in Lal Chowk and forced them to open.

On August 5, 2019, India’s Parliament passed a resolution proposed by Home Minister Amit Shah to revoke Jammu and Kashmir’s special status, or autonomy, granted under Article 370 of the Indian Constitution.

The President of India issued an order under Article 370, overriding the previous Presidential Order from 1954 and nullifying all of the state’s autonomous provisions.

Many nationalists applauded the action, proclaiming it a sign of public order and prosperity in Kashmir.

Through the restriction of communication and the imposition of a curfew (Section 144), the reaction in the Kashmir Valley was successfully reduced to silence. 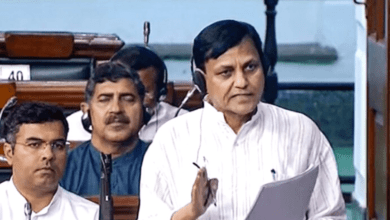