BJP Tejasvi Surya on Sunday requested people to defeat MK Stalin’s party while stating that only BJP respects and promotes all regional languages of India.

“DMK represents a bad, virulent ideology which is anti-Hindu. Every Tamil is a proud Hindu. This is the sacred land that has the highest number of temples in the country. Every inch of Tamil Nadu is sacred, but DMK is anti-Hindu, so we must defeat it,” Tejasvi Surya said at BJYM state convention here. The BJP MP asserted that his party represents the spirit of Tamil Nadu and the Tamil language.

Surya said that for the DMK, the family is the party while for the BJP, the party is the family.
“DMK’s virulent anti-Hindu ideology must be challenged. When in power they attack Hindu institutions and beliefs, but when out of power, they seek Hindu votes. This won’t go on,” Tejasvi Surya said.
Assembly polls are due in Tamil Nadu later this year. 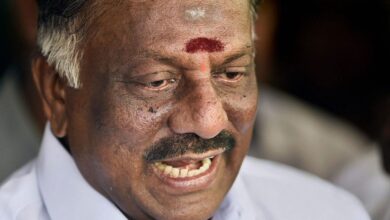