Arvind Kejriwal is known for unleashing criticisms and verbal attacks on his famous rival – the Bharatiya Janata Party (BJP). With a second state too now under Aam Aadmi Party (AAP) rule, Kejriwal has turned bolder and has dared the BJP to do what he looks forward to seeing.

The scene is the terrain in Delhi where the Union Cabinet has approved a Bill to unify the North, East and Southern civic bodies in Delhi. Kejriwal wants the nation to know that the Centre’s wrong decision came at a wrong time. The AAP boss had been looking forward to the civic body polls and when he thought it would happen, the Centre has gone ahead and cancelled it, and not just that, it is merging three of the civic bodies too.

Kejriwal has all the reasons to be angry. Not in a mood to hide his emotions, the Delhi Chief Minister has dared the BJP to ensure that the civic polls in the city will be held on time and win it too. He added that the Aam Aadmi Party (AAP) will quit politics if this actually happens! Kejriwal is so sure that the BJP would not let the polls happen in time.

Just a day after the Union Cabinet gave the nod for a Bill to unify three civic bodies in Delhi, the AAP leader was in a mood to take the fight to the BJP camp. Significantly enough, the BJP s in power in these three civic bodies since 2007. But Kejriwal believes that the scenario has changed and the BJP would face a crushing defeat if the polls happen now.

Instead of getting the government to conduct the elections on time, the BJP is getting them city cancelled, Kejriwal alleged, warning that the saffron outfit could do the same thing for state and national-level elections of the future.  He also made fun of the BJP saying that though they think they are the biggest political party in the world, they are scared of a small party like AAP. BJP is also scared of the small MCD elections of Delhi, he ridiculed.

Country, its constitution and democracy matter most

Calling upon Prime Minister Modi to protect the Constitution and democracy. Kejriwal did not forget to remind him that leaders like himself or Modi don’t matter. It is the country, its constitution and its democracy that matter and they need to be protected, the AAP National Convenor said. When that should be done the BJP is putting pressure on the State Election Commission so as to change poll dates, he alleged.

Kejriwal believes that the Delhi civic polls will see the BJP being dealt with a crushing defeat. Has the scene changed, after all? A party in power since 2007 might not take the ridicule lying down, will it? We will need to wait and watch what would now get on to the stage on the backdrop of the Delhi civic body elections. The fight, anyway, is getting nastier.

Bollywood’s next big thing could be Veer Savarkar biopic; Wonder what’s in store! 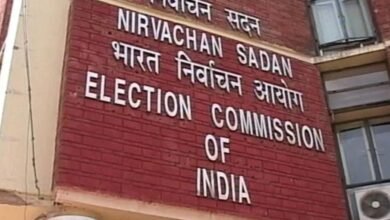