The day of Mega Adivasi Meet, 15th November is a special day for Adivasi community in MP since it is freedom fighter Birsa Munda’s anniversary.

Madhya Pradesh has a large Adivasi population and the BJP along with its ideological partner RSS has been trying to make inroads in the Adivasi community.  While the strategy for the 2024 elections is being chalked out in Delhi, the stakes for the assembly elections which is going to take place in Madhya Pradesh in 2023 will be laid at the Adivasi Sammelan which is going to take place in Jambori Grounds in Bhopal. More than 2.50 lakh Adivasi will converge at the venue and the BJP will try to find a place in the Adivasi community which constitutes 22% of the population.

The mega rally will be attended by Prime Minister Narendra Modi. It will be a test for the Shivraj Sing Chauhan government and if he is able to successfully fulfil it, his stature will get a huge boost. Earlier in 2002, an Adivasi meet was called out in Jhabua by BJP and other Hindu organizations to bring the Adivasi under its banner. BJP is eyeing the 1.75 crore Adivasi voters.

The Adivasi Meet will be truly Adivasi to the last point. The theme of the meet will be according to Adivasi culture and only Adivasi leaders will be sharing the dais with the Prime Minister and Chief Minister. The BJP also wants to project its Adivasi leaders. Earlier Dilip Singh Bhurea and Phaggan Singh Kuleste were the Adivasi faces of BJP. The new faces include Kal Singh Bhabar from the Thandela constituency. He is also the State Head of BJP Scheduled Tribe Morcha. Other major faces include Gajendra Patel from Khargon Constituency, Sumer Singh Solanki who is a new entrant to politics and was a former Professor, Sulochana Rawat who had shifted allegiance from Congress to BJP and Om Prakash Dhurve.

In the 2013 elections, the BJP had won 17 seats which were reserved for ST while the Congress won 31 seats. By organizing the Adivasi Meet and Hindu Sangam, the BJP wants to get back its vote bank among the Adivasi community. The state of Madhya Pradesh has 47 seats reserved for the ST. 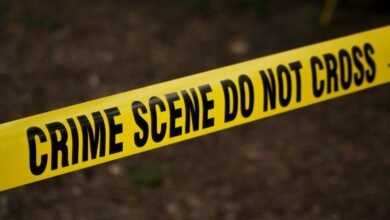